It was billed as a one-day student's introduction by the GWA to wildfowling on the Severn estuary, but Sunday, February 5, could mark the start of an important on-going educational programme for young people on college courses.

Initiative for the day came from lecturer Matt Dutton, who runs the countryside management course at South Staffordshire College near Stafford. The two-year course has a strong 'keepering element, but he wanted an experience of wildfowling to widen his students' knowledge, and so approached GWA Education Officer Anthony Whitton. Anthony got together with other GWA officers to compress into about 12 hours the association's four-day classroom, species identification and marsh visit membership qualification course.
Seven students and two lecturers joined members at 8.0 am on an icy and largely fog-bound Frampton marsh and Berkeley Ditch where foreshore procedures including safety were explained. Sadly the stunning estuary panorama and the Cotswold backcloth to the east were obscured, though the visitors were assured by accompanying members that just being there in a clear dawn could be reward enough, and that the appearance of wildfowl would be a bonus. Tempting goose and duck calls heard through the prevailing murk turned out to be a demonstration by John Tripp on how to coax passing birds to approach the hidden 'fowler.

On to the Slimbridge wildfowl trust where chairman Haydn Jones briefed on wildfowling in general, its conservation, education, research and recreational purposes, and on aspects of the law and of access. Paul Walkden, friend and biographer of Slimbridge founder Sir Peter Scott, covered the history of the site and emphasised how the conservation aspect of wildfowling was recognised by marsh and foreshore estate authorities, including the policing function whereby random shooting and poaching are suppressed. Restoration projects were also described, and the students had a good look at the trust's lakes and teeming displays of birds.

Crossing the river above Gloucester took the party to lunch at Newnham - the long-established Silver Fox cafe turned out to be so named because silver foxes were once bred nearby to provide furs for fashionable ladies - and thence to Poulton Court, the foreshore on the west bank owned by the GWA and the subject of considerable saltmarsh restoration work. By now the day had warmed, the fog had disappeared, and a clear evening flight was promised. The Some 20 GWA members were gathered there in support, John Tripp demonstrated gun handling supported by Ginger and his mighty Tolley 8-bore, and the climax of the day came when students crouched one-to-one with 'fowlers spaced out among the dry reeds, with a fairly full moon and a view of the lights across the river as the tide came in. Ironically the clamour across the water told everyone that numerous wildfowl were on the move along the other bank, but a few near appearances provoked a dozen shots with two mallard down, though one was lost to the making tide.

But while the day had provided a practical demonstration jam-packed with information, its implications were potentially long-standing. Matt Dutton, who instigated the visit, explained his thinking "We run modules covering most aspects of gamekeeping and forestry and land management, but we're landlocked and I was searching for a wildfowling educational programme that would give us an extra dimension," he said. "This day is much more than we expected, and it's really good, it's brilliant. It would be great to make it an annual event for us, but also we think it could apply to other college courses and to associated colleges, of which there are about 20. I would encourage any establishment with outdoor interests to consider it, and I can't see anyone turning their nose up at it." Added fellow lecturer Jacky Wharton, "There aren't too many gamekeeping jobs and we want to widen our students' employment opportunities by covering other avenues. This day has been fantastic and it's going to stay with us forever." GWA chairman Haydn Jones was equally enthusiastic. "Education is one of our cornerstones. We used to run a Young Guns course some time ago, but this is the first young group we've had for four or five years. Matt contacted us and asked if we could demonstrate what modern wildfowling is all about, and we tailored the day to meet his needs. We would be happy to have approaches from other student groups, and any aspect can be tailored. Other wildfowling clubs elsewhere might feel the same. We believe it is hugely important to get the young into wildfowling. The GWA has a greater ratio of young members than any other club, we charge only the basic BASC fee for anyone under 21." 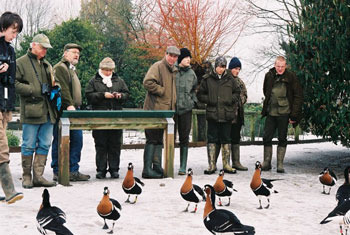 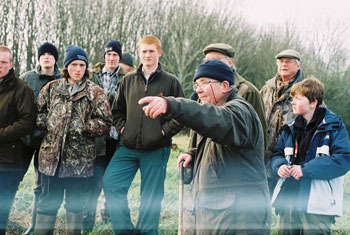 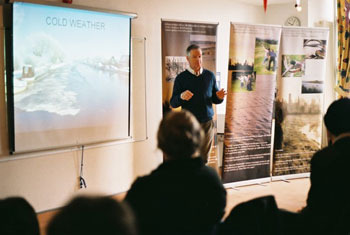 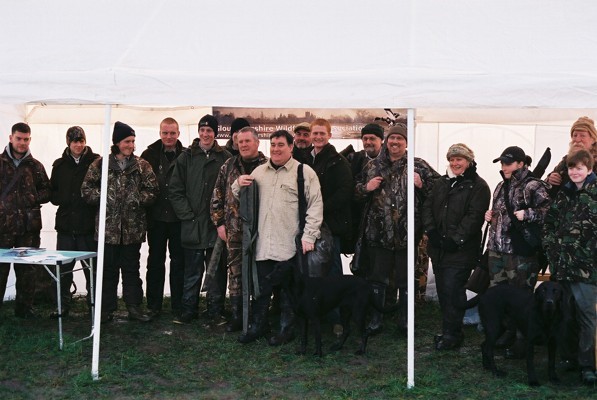